Do you have squirrels in your attic or elsewhere in your property? You can attempt to trap the squirrels yourself and if you succeed.. Great! BUT, if you fail you have just successfully trained the squirrel to avoid the trap. Now making it harder for a professional trapper and possibly costing yourself more than if you would have called a professional in the first place. We are fully licensed to humanely, effectively trap & relocate squirrels far away so they will never come back to your home again.

Squirrel Trappers can deal with any & all squirrels in your attic? Scratching sounds in the walls? We trap squirrels and relocate them far away so they cannot make their way back into your attic. Some of the Squirrels that we can help you to EVICT & relocate are Eastern Grey Squirrels & Flying Squirrels.

No need to inspect.  No matter what if you have heard noises in your attic – you have critters.  We come out prepared to trap any species.  Based upon our inspection, we will decide from the animal signs the kind of trap(s) and bait(s) that we need to use to be successful at getting the critters out of your house & attic.  Other Squirrel Trapping Companies may want to charge you for an inspection – we do not.  You hire us to trap and there are no hidden fees or per species charge.  A part of the trapping service includes us performing a thorough inspection to figure out how the squirrels are getting in and provide you with a proposal to seal up your home so you will not have encounters with squirrels or other critters again.

HAND CATCHING SQUIRRELS (INSIDE A HOME)

If a squirrel is in your fireplace or running around inside your house… we will come out and spend up to an hour trying to remove the squirrel.  We have a 100% success rate of hand catching all squirrels that we have been called out to remove.

We charge a flat rate squirrel trapping fee per week.  There is NO setup fee, NO per animal fee, NO need for an estimate or quote – simply CALL US!  The trapping fee is all-inclusive: Five (5) trips out every single day to set the trap, check the trap and to relocate Squirrels trapped.  It is the law in the State of Georgia that the traps are checked every single day – No exceptions.  Every trapper is struggling to trap squirrels during the time of the year when Mother Squirrels are raising their young.  Although we will trap only if that is what you wish, because of the greater success when coupled with an exclusion, we highly “recommend” doing both the trapping & exclusion together.  Regardless if you chose for us to do an inspection or go straight to trapping – we will immediately provide you with a quote for the exclusion work.

+/- Read many reasons for you to hire a Professional
1) Targeting The Correct Animal? One problem amateurs encounter is that they set a trap and catch non-target animals instead of the animal that is causing the problem. This isn’t often the case with squirrels, however, as they are often territorial. Still, the best way to get the squirrels you want is to set the traps on the roof, near the entry points. Squirrel Traps set in the attic will not catch the squirrels. Squirrels do not enter traps in attics, ever, for whatever reason. Of course, setting a repeater trap on the exit hole ensures complete capture of the target squirrels.  There was a squirrel trapping job that we went out on in Roswell, Georgia & another in Cumming Georgia where the homeowners kept trying and trying to resolve the issue with Squirrels in the attics on their own “Squirrel trapping DIY”. The finally caved in and hired us and they were amazed that we were capable of something more than they could do.

2)Failure at trapping squirrels? Failure to catch the animal commonly arises amongst people who don’t know much about trapping. So many important and subtle nuances go into successful trapping. The right type of traps must be set, they must have no defects, they must have the correct pan tension. It must be flush to the roof or bolted to fascia boards with no wobble. It must be set in the animal’s path of travel or exploration. If it’s a repeater trap, there must be no other alternative areas of exit, the spring must be the right tension with no blockage, etc.

3) Type of bait or lure to use? This factor isn’t nearly as important as other factors in terms of success. Squirrels are gluttons, and they are curious. They are easy to trap. The best bait is peanut butter smeared on the pan, and whole peanuts, in shell, on the pan, behind the pan, and leading into the trap. If the squirrel is dehydrated, oranges make a great squirrel bait, because they want the water in the fruit.

4)Squirrel Trapping Accidents? With squirrel trapping, this isn’t much of a concern. But if you are working on the roof, which is pretty much the only way to go for successful squirrel trapping, then there are ladder and roof safety concerns. I would never advocate an inexperienced person to work on a roof or with ladders.

5) Legalities of trapping the Squirrel? Is it legal to trap squirrel and in most states, the answer is, no. Or, if it is legal, there are laws regarding the release or dispatching of squirrels. Are you able and willing to do so? It is not legal, in almost all states, to trap a squirrel, stick it in the trunk of your car, drive it off to the woods, and release it. Check the regulations posted by your state’s department of wildlife (or fish & game) and you will see that it is illegal to do so if you are not a licensed wildlife control professional.

OFTENTIMES, A SQUIRREL IN AN ATTIC IS A FEMALE WITH YOUNG – Yes, in about 75% of cases of any squirrel in an attic, there’s a litter of 3-5 baby squirrels. The most common reason for a squirrel to enter an attic and choose to live there is the case of a female who needs a safe place to give birth and raise its babies. The mother squirrel usually gives birth shortly after moving into the attic, within 1-2 weeks, and then spends about 8 weeks nursing the baby squirrels. At about 6-8 weeks and beyond, the young squirrels start to run around the attic on their own, and that’s when homeowners really start to hear a lot of noise – one squirrel has now become five! The presence of these young complicates the matter of removing squirrels because if you trap and remove the adult female during the first 6 weeks after birth, the young are left behind. I’ve seen several dozen such cases: a homeowner uses some sort of trap to remove the mom, but the noise continues, and no more are caught. When I get called out to such homes, I crawl through the attic and find the babies, remove them by hand, put them in a sack, and remove them from the attic. We are one of the only trapping companies who have a licensed wildlife rehabber on staff who will hand feed the babies until they can be relocated back into the wild when they are large enough to fend for themselves. If the problem had been taken care of properly in the first place, the young would be able to stay with the mother during relocation, where they would stand the best chance of survival and being raised properly. Thus, the presence of baby squirrels makes simple trapping a not-so-simple matter. The babies, as they lay in a cluster in an attic, aren’t capable of entering traps. If you do trap a squirrel, check for nipples! If you can see them, you’ve got babies up there, and they’ve got to be found and removed, and it’s often no easy task. The good thing about squirrels is that people don’t often notice or do anything until the young are up and running around, and at that time it’s easy to trap or exclude the young as well. By 12 weeks old, they are pretty much adult size.

What Do I Do with the Squirrel Once I’ve Caught It?  First of all, it is the law to check the traps every day.  Many people and wildlife removal companies ignore such laws but it is imperative to make the most out of your trapping dollars and it is the humane thing to do.  It is only legal to release a squirrel where we have written permission to do so.  Our standard is at least 10 miles away from the catch site. Many critters are amazingly adept at tracking their way back to a home range. If you relocate a mother squirrel with babies, the mother will bolt from the trap and run away as soon as it’s opened. Let the babies go as well, even if they are very young, and the mother squirrel will always come back for them and bring them to a new shelter. Bear in mind, this time period may be tough for her and her young, but the young stand the best chance of survival with their mother, even over a licensed wildlife rehabber. 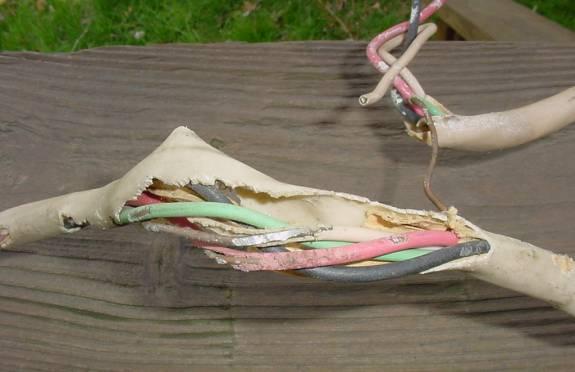 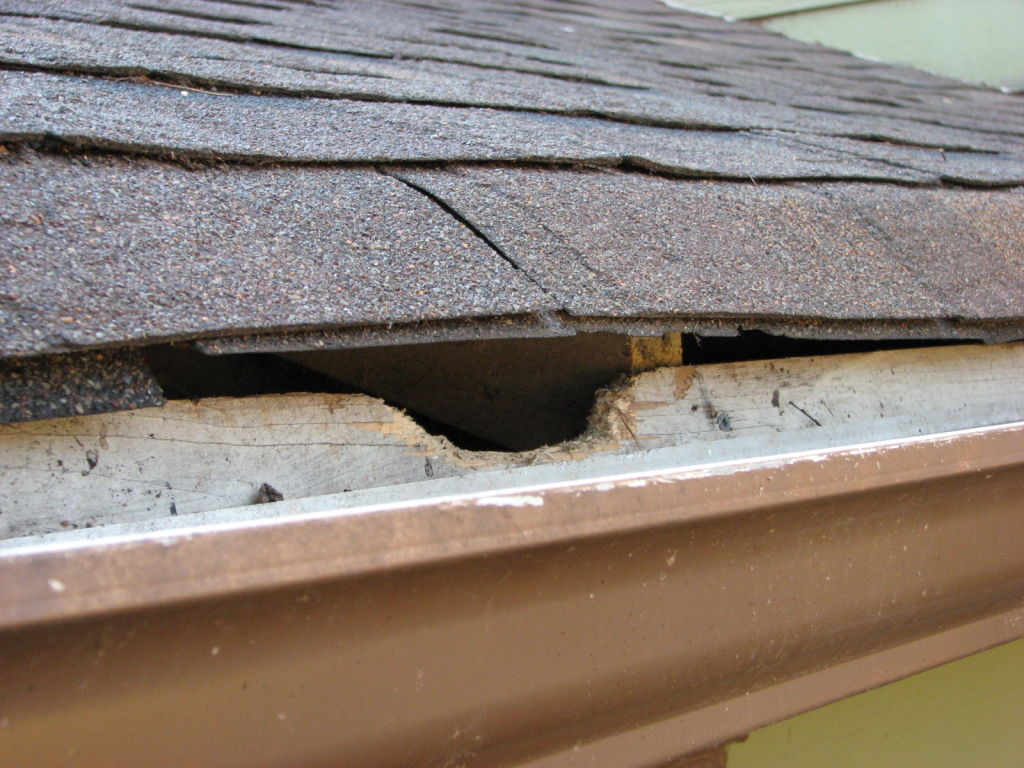 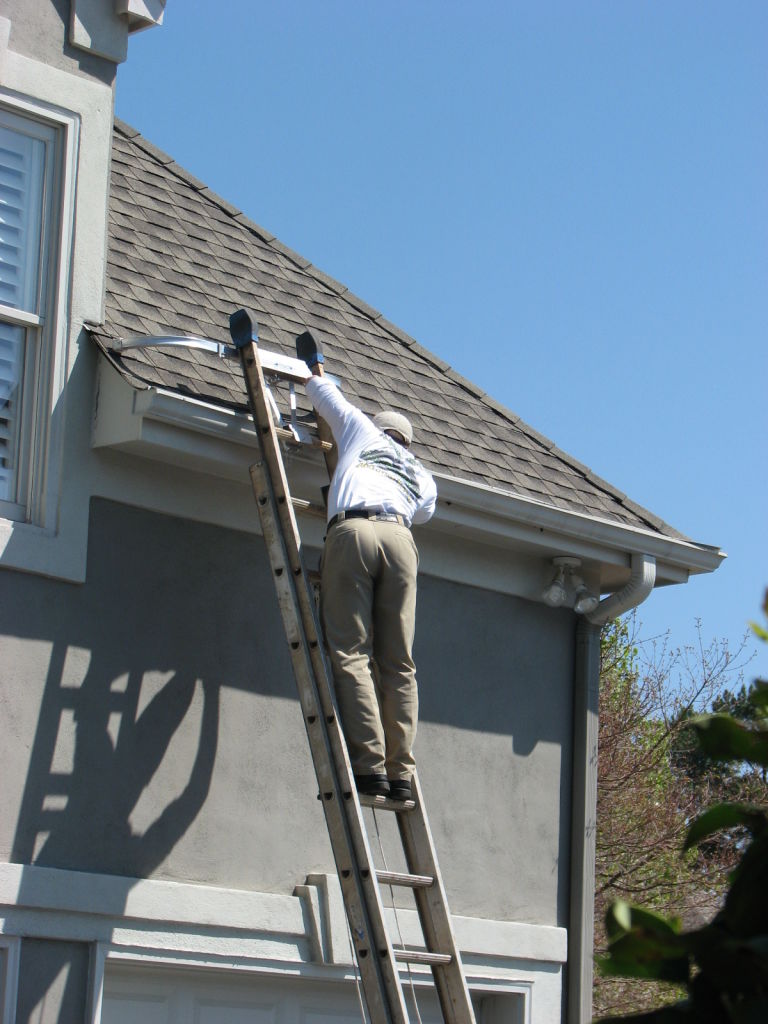 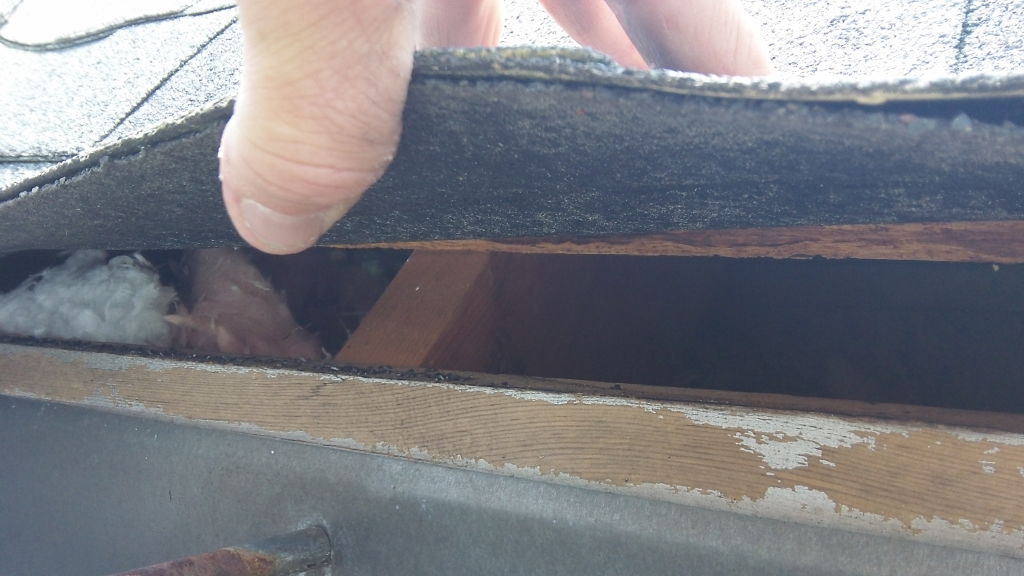 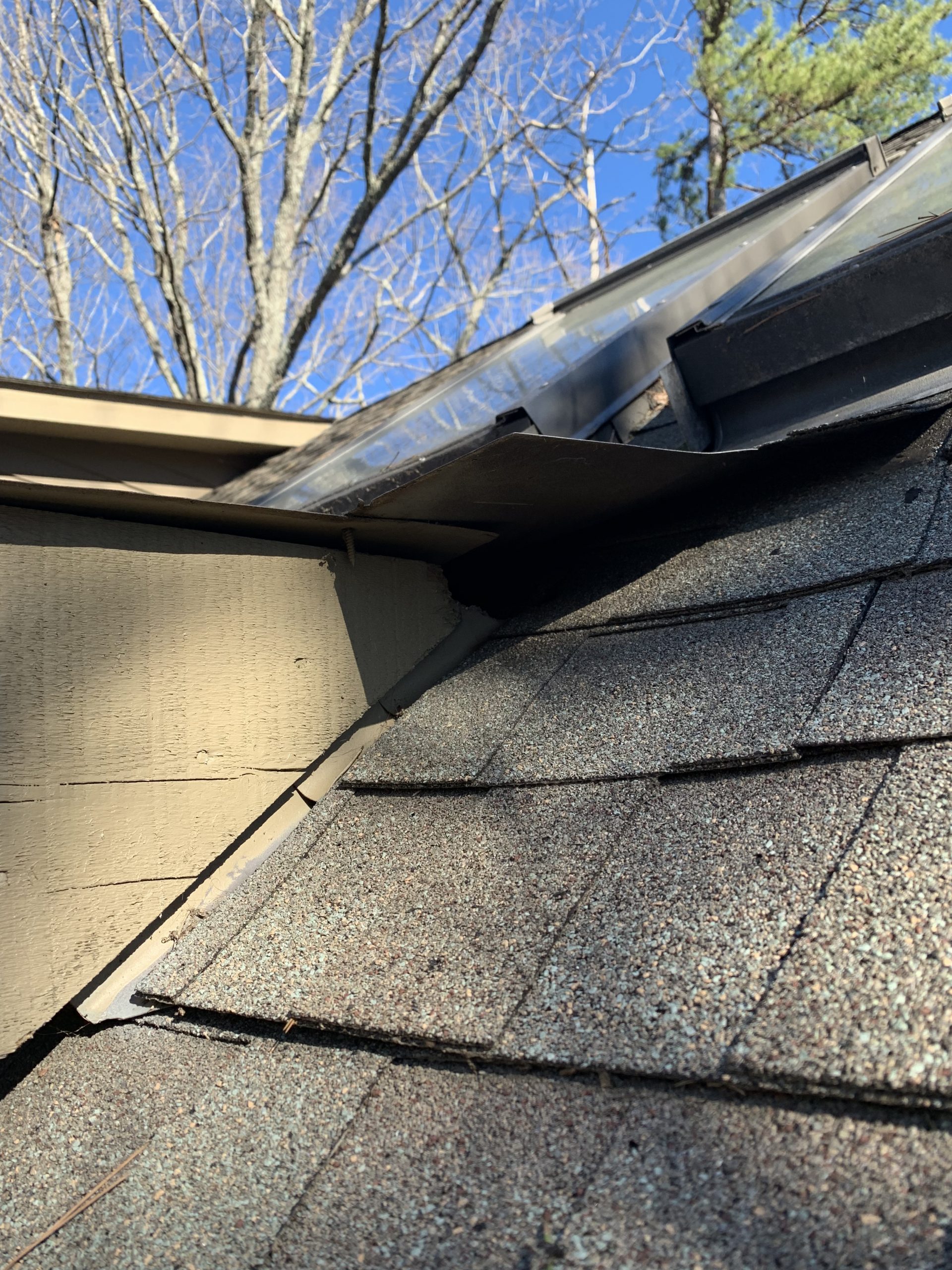 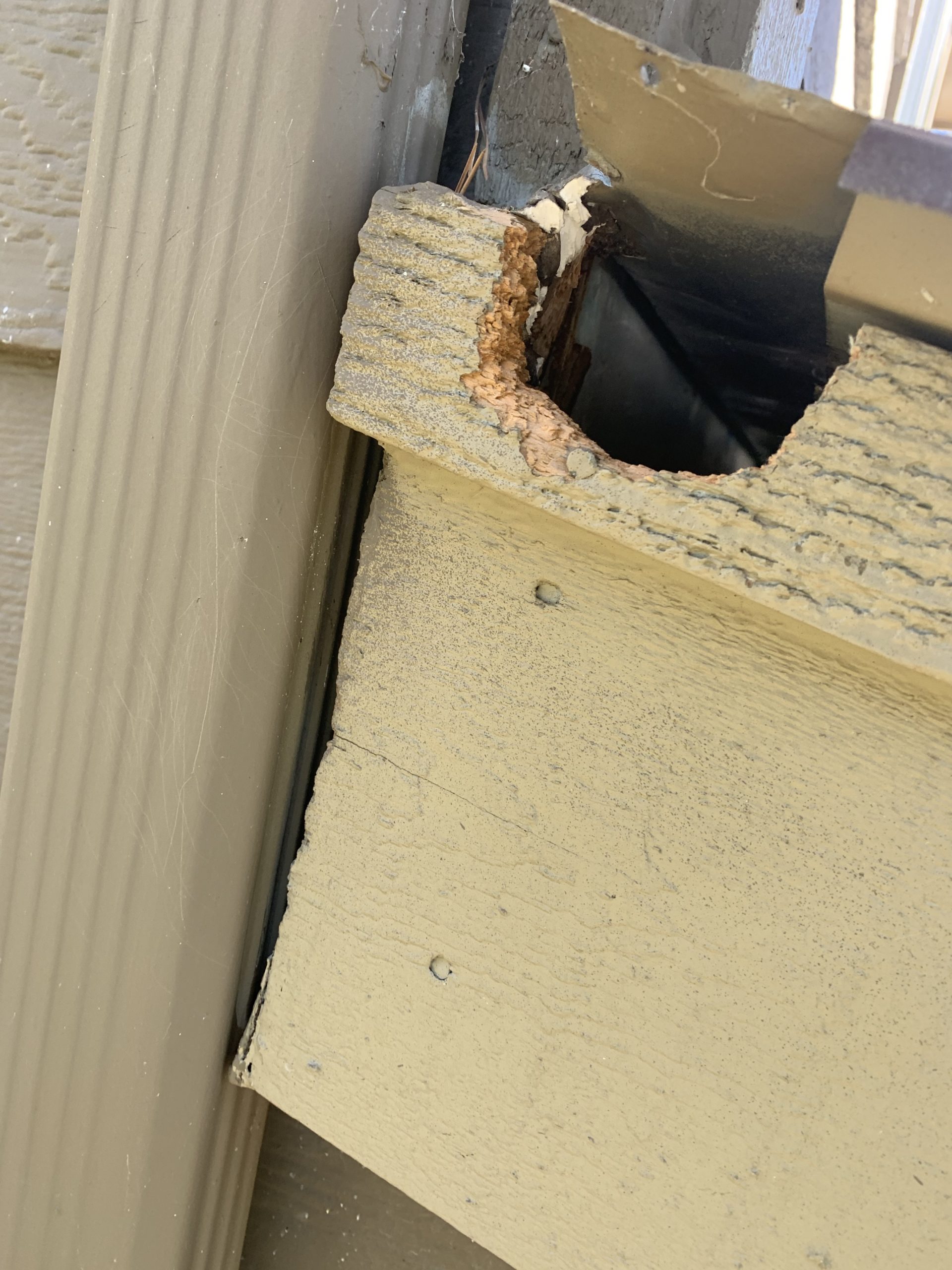 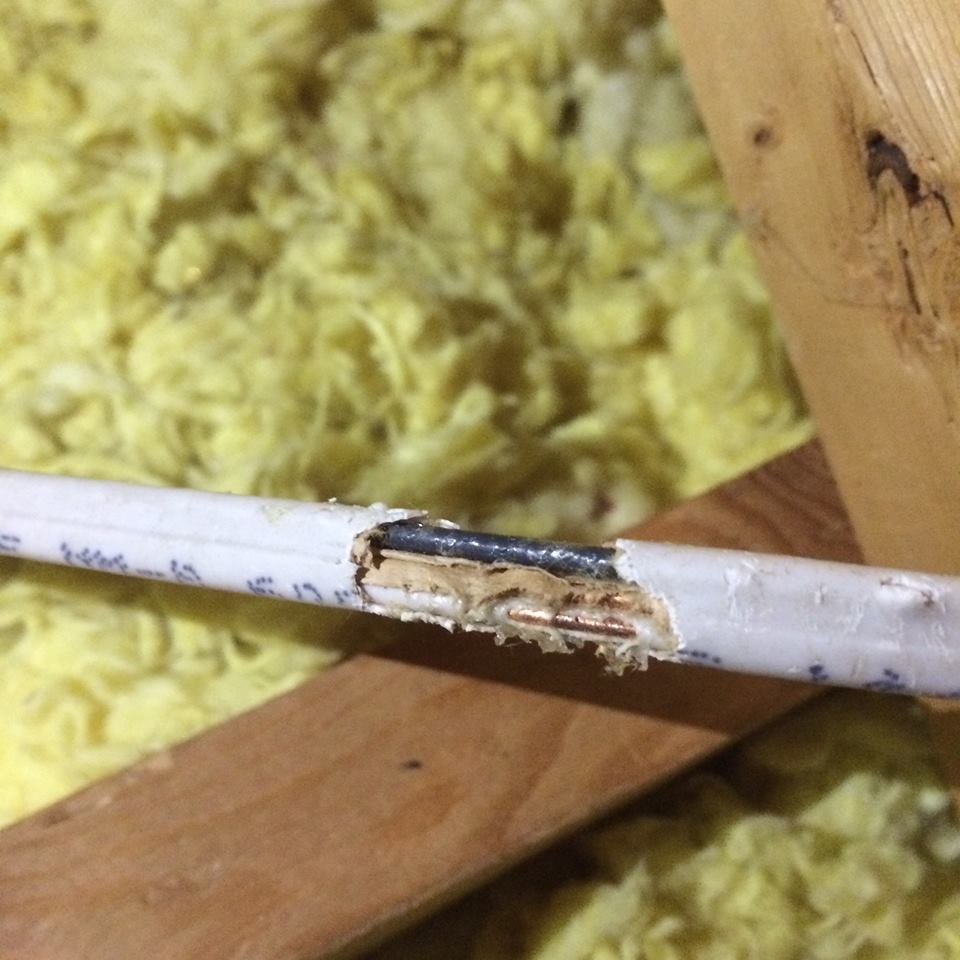 Our exclusion work comes with a FREE 2-year warranty with optional LIFETIME renewal!

Since no two homes are alike, no two exclusion proposals are the same price.  Exclusion is the act of using animal proof materials, devices and methods to keep the animals OUT.  Once the animals are taken out, they leave behind odors, feces, and scents which may attract other animals.  If trapping alone  (without exclusion) it just clears the way for the next one to find their way in unless you block off its ability to “Get back IN”.  Some of the most common entry areas for animals are:

Hire us to resolve the issues with Nuisance Squirrels-   We Can Help!

Squirrels have moved into my attic – Squirrel Control

These fluffy quirky creatures are entertaining to watch for hours. It is a different story when they make their way into one’s attic and take up residence in your attic. All of a sudden they cause problems and they are no longer wanted. The … Read more